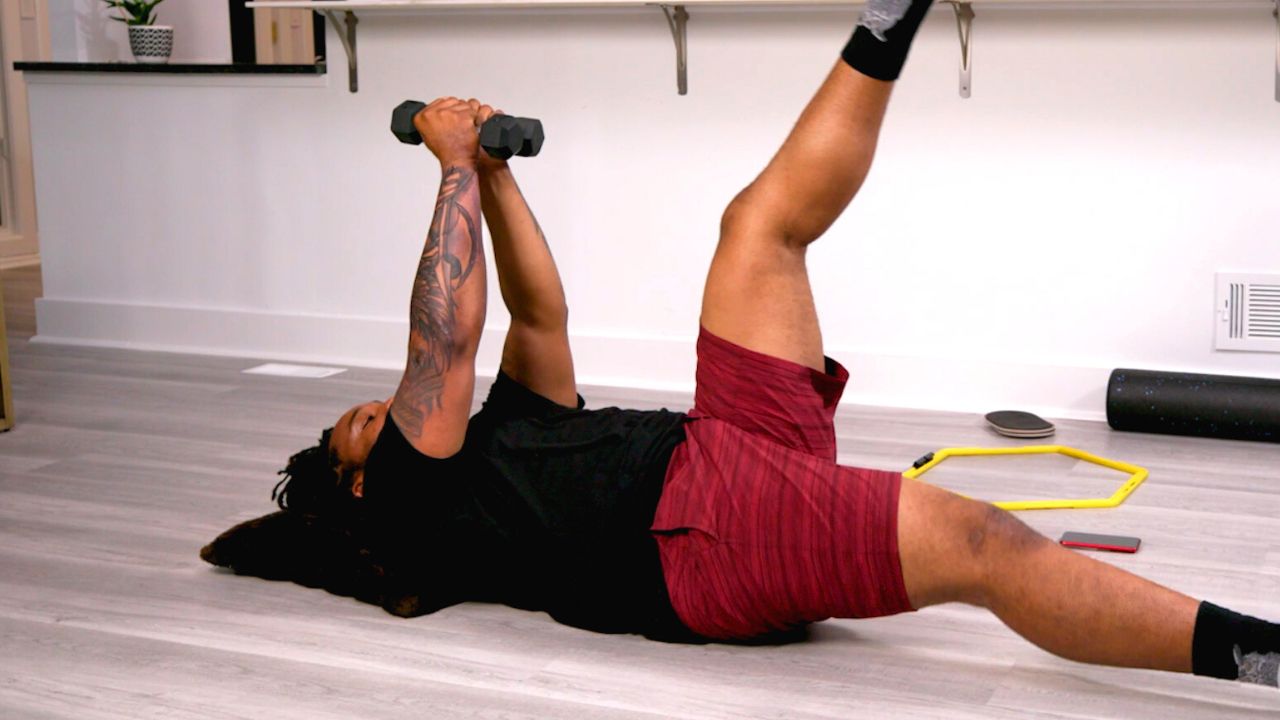 Fitness Trainer Bryan Jean-Pierre teaches you how to do leg lifts using dumbbells for a better challenge. The purpose of this exercise is to activate the muscles in your core. Keep your legs at a 90-degree angle as you lift and modify the workout as you go if you're having trouble. Learn how and more tips by watching Bryan's How-To.