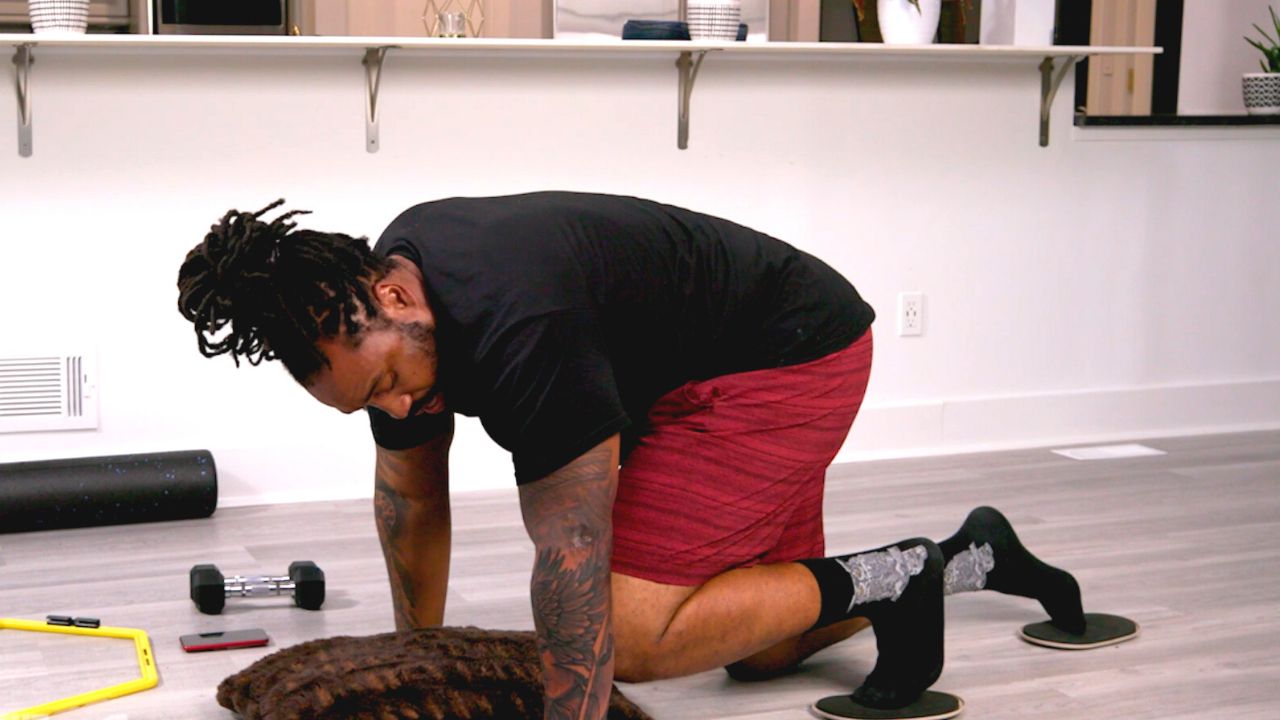 How-To Use Sliders to Do Mountain Climbers

Fitness Trainer Bryan Jean-Pierre teaches you how to use sliders for mountain climbers. When using sliders for this exercise, you'll want to make sure that your toes are at an equal distance between the top and bottom of the slider. Bryan also recommends taking your time and avoiding digging too much into the sliders as you move. For more tips, watch Bryan's How-To.