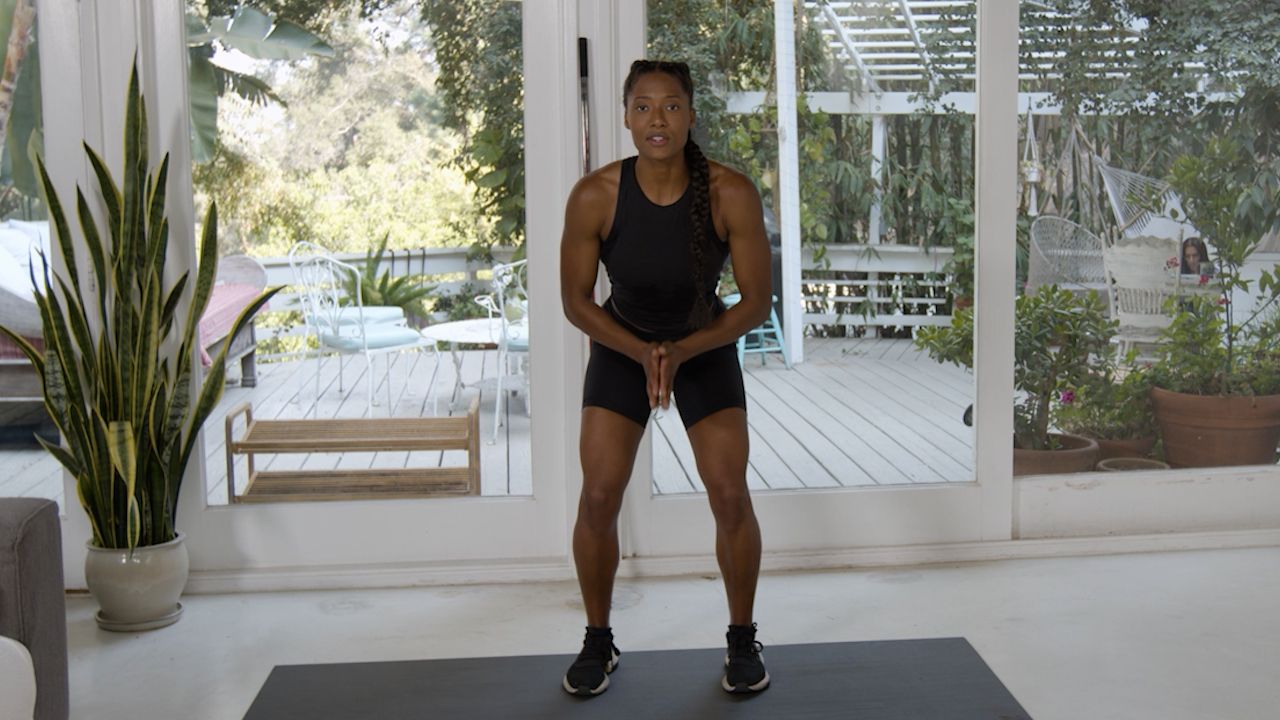 Ice Hockey Player Blake Bolden teaches you how to do perfect quick feet. She recommends starting in an athletic stance, keeping your chest up and your energy moving forward. Stay on the balls of your feet throughout and keep your knees bent constantly for proper form. Learn more by watching Blake's How-To.