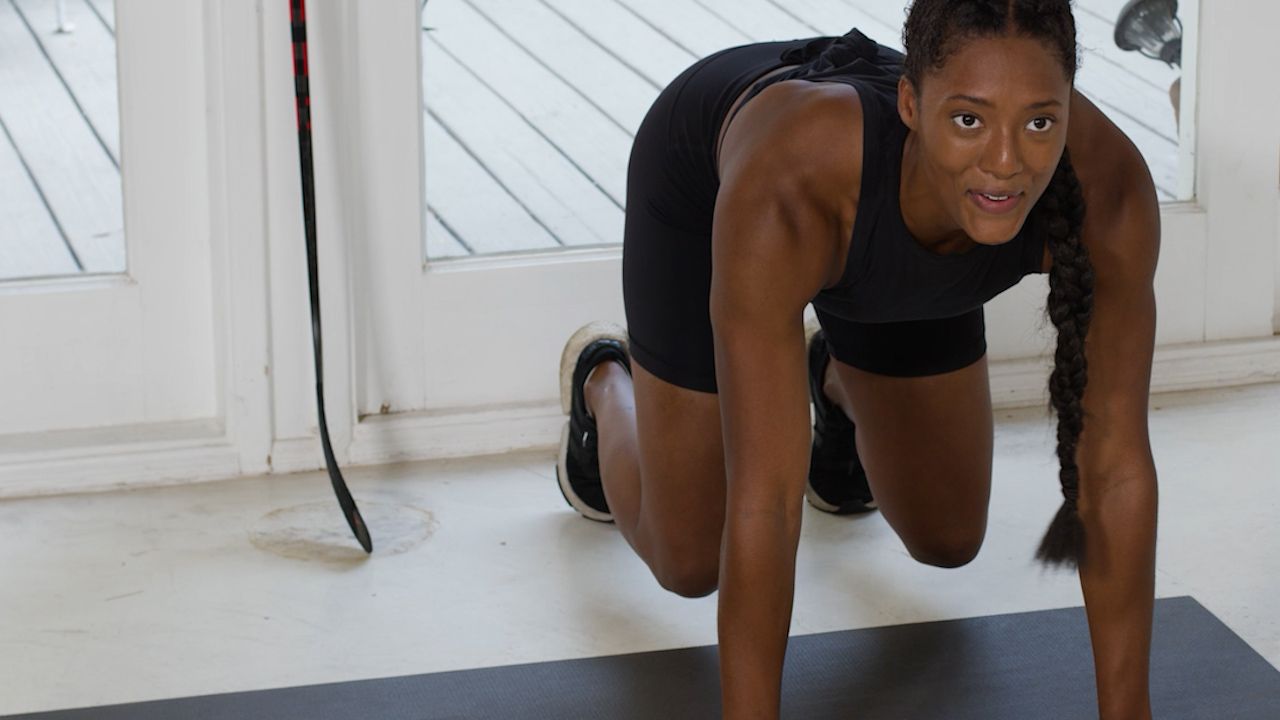 Need a new exercise to get your blood pumping? In this How-to, Professional Hockey Player Blake Bolden teaches you how to do a perfect bear crawl. In just two minutes, she has everything covered from the best tips for keeping your back straight and injury-free to knowing which muscles you're working on. This is one exercise your workout routine absolutely needs.

﻿Blake Bolden is the first black hockey player to compete in the National Women’s Hockey League and winner of the 2015 Clarkson Cup with the Boston Blades of the Canadian Women’s Hockey League. Born in Cleveland, Ohio, she began her career at a young age when she played in the minor youth hockey team for the Cleveland Barons and the Ohio Flames. Blake participated in the first U18 World Championship for Team USA where she won Gold two years in a row.