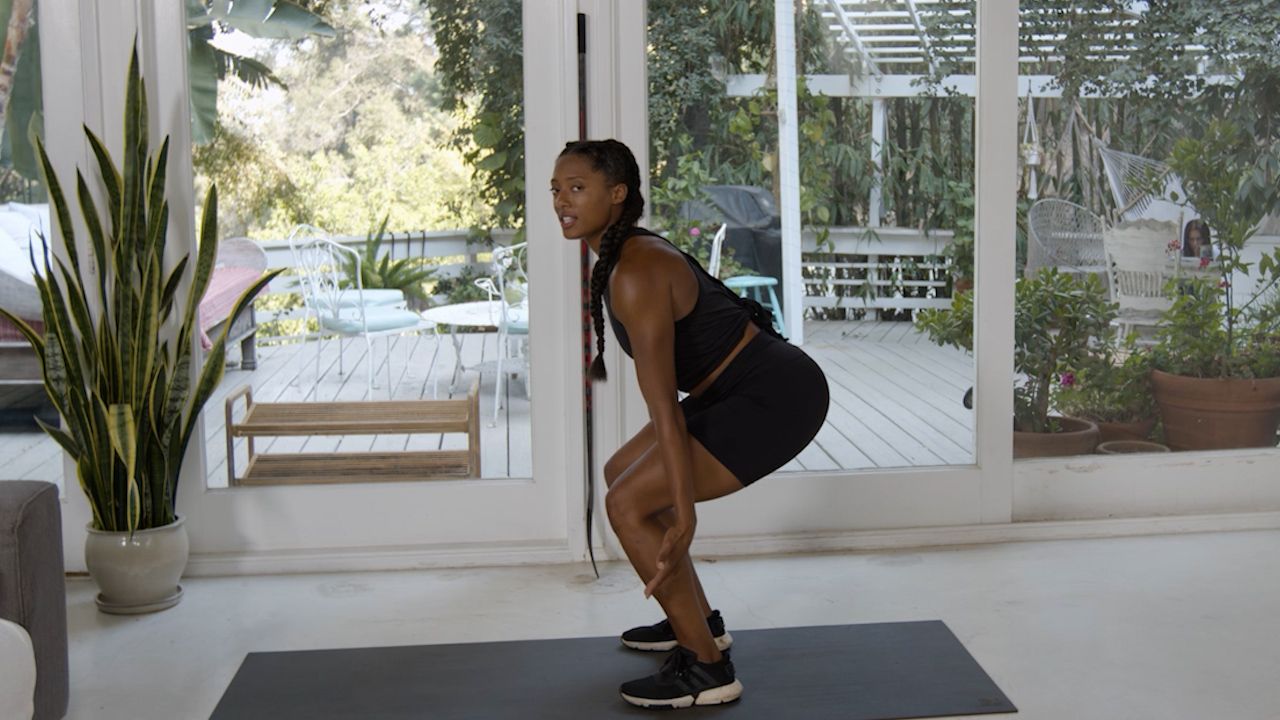 How-To Do the Perfect Squat

Sometimes it's good to practice the basics and if you haven't checked your squats in a while, Hockey Player Blake Bolden is here to help. In this How-to, she teaches you the key points of doing the perfect squat that will help prevent injury to your knees or back and get you the most out of this exercise.