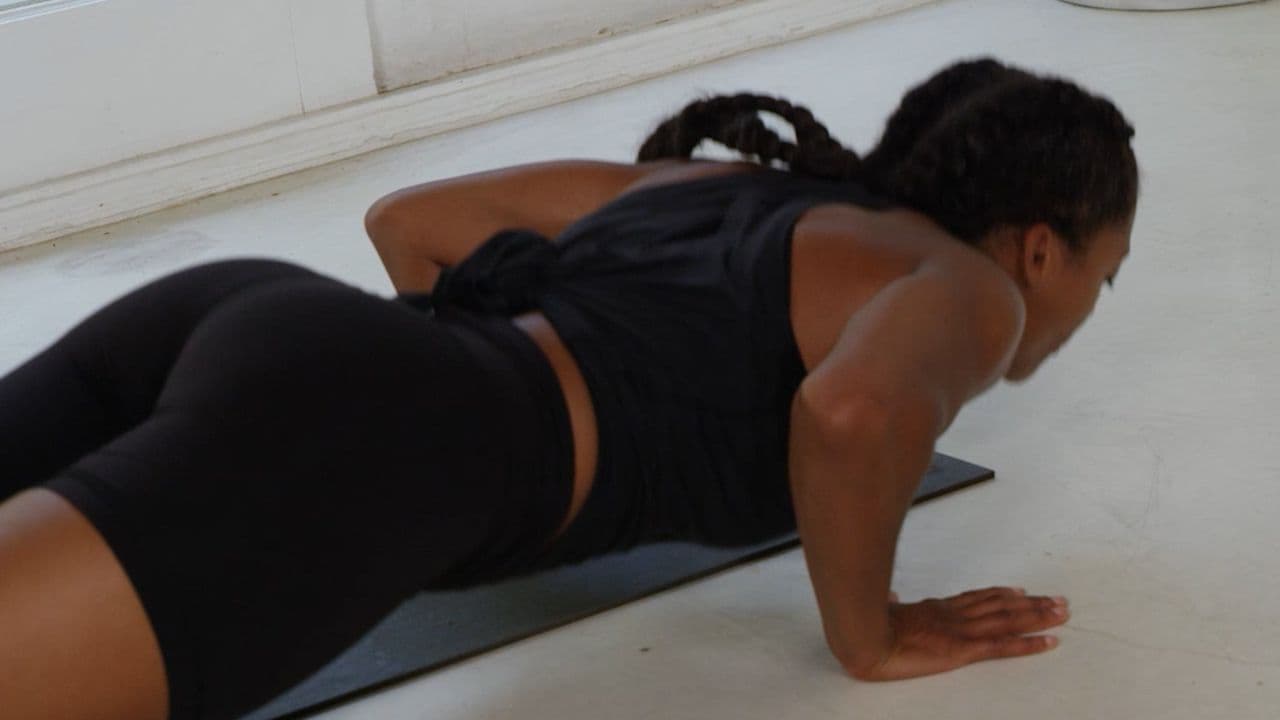 Learn how to perfect a reverse plank push-up with Hockey Player Blake Bolden. Always keep your glutes and abs strong as you hold yourself up in a reverse plank before rotating into a regular push-up. Blake provides modifications for anyone who needs a little more practice.