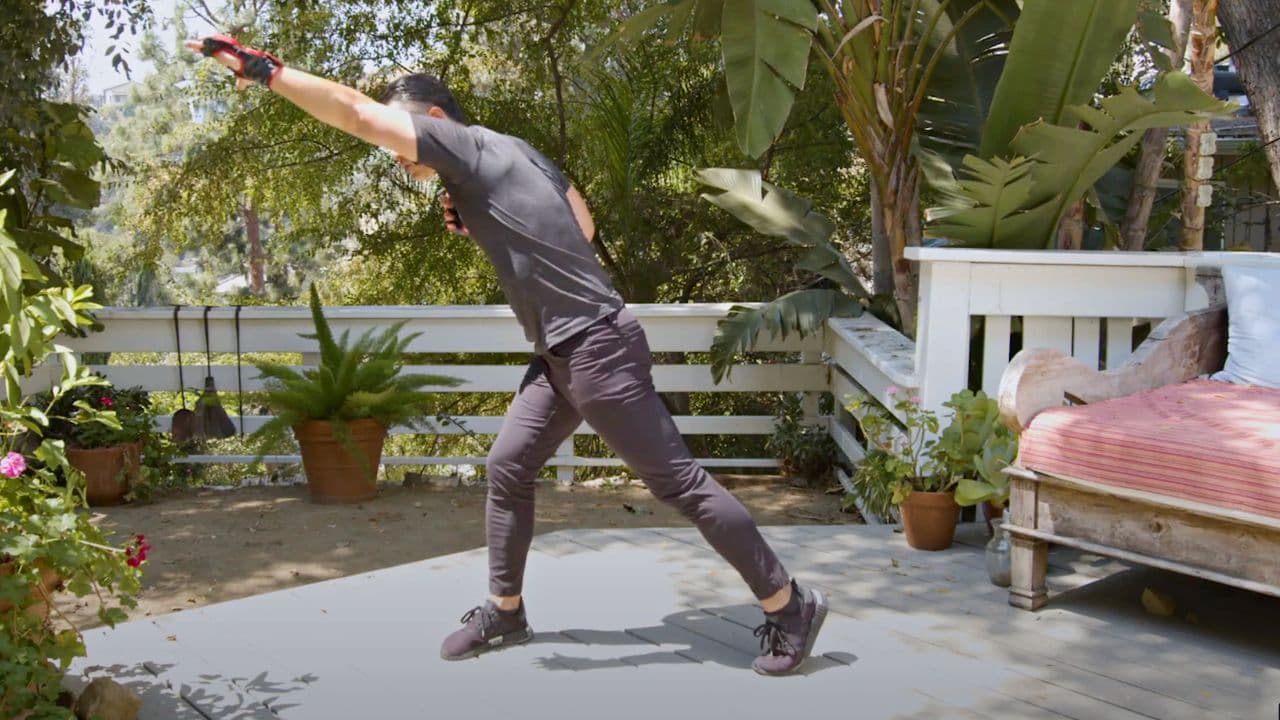 In this martial arts how-to video, learn how to duck on film from martial arts instructor and action director, Mike Chat. The duck on a movie or tv set should be performed in a big motion to allow the camera to capture the technique. As a professional stunt performer, Mike explains how actors use different duck approaches to portray a more realistic or combative style.